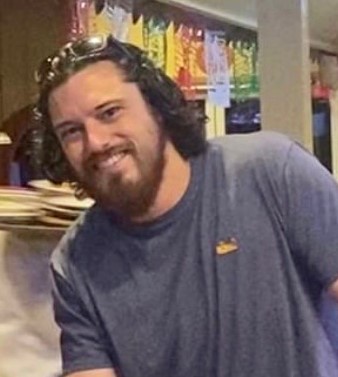 Richard “Richie” Douglas Henderson, Jr., 31, a native of Baton Rouge, LA and a resident of Daphne, AL, passed away on Sunday, July 5, 2020 along with his best friend, Chris Lambeth.

Richie graduated from Daphne High School in 2007, then joined the United States Marines in 2009 – 2014.  He married Reya on September 11, 2012.  After getting out of the Marines, Richie and his family moved to Augusta, GA where he worked at Jani-King in sales.  After two years, Richie moved his family back “home” to Daphne, AL, where he currently worked for Jani-King as operations manager.  He spent most of his time playing with his two sons, who were the most important part of his life.

Richie is preceded in death by his grandparents, Grover C. Roberts and Joanne Cosgrove.

A visitation for Richie and his best friend, Chris will be held Friday, July 10, 2020 from 1:00 – 4:00 PM at Hughes Funeral Home, 26209 Pollard Road, Daphne, AL.  A private service for immediate family to follow at 4:00 PM. Due to COVID-19 restrictions, we can only allow immediate family at the service, however we invite everyone else who knew and loved Chris & Richie to join us for the visitation from 1:00-4:00 PM. Please be advised that the funeral home will be following the guidelines set up by the CDC and ADPH adhering to the community health requirements regarding social distancing and we will also be requiring face masks to be worn in the funeral home, masks will be provided for those who do not have one.

In lieu of flowers, the family asks that donations be made to a trust fund for Richie’s sons, Aiden and Trey through a Go Fund Me Account organized by Chad Lambeth online at https://www.gofundme.com/f/richie-henderson-memorial-trust. or donations can be mailed to Richie Henderson Memorial Trust, 3665 Wheeler Road, Suite 1A, Augusta, GA 30909; or

Expressions of condolence for the family may be made at www.hughesfh.com.  Hughes Funeral Home is handling service arrangements for the family.