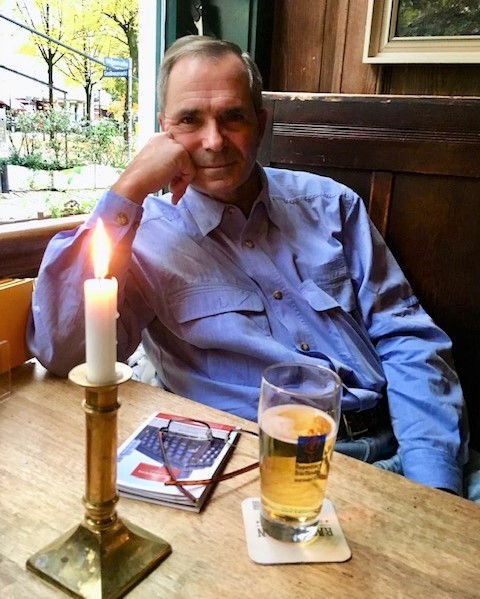 On Monday, September 19, 2022, Richard Edward Patterson, loving husband, father, and grandfather, passed away at his home in Fairhope, AL, after a brief battle with cancer. He had just turned 74.

Richard, known by many as “Rick”, was born on September 15, 1948, in Boston, Massachusetts. The eldest of seven children born to Richard A. Patterson and Eleanora Patterson, Rick spent his childhood years living in the projects of Brighton, Massachusetts. In 1965 Rick enlisted in the U.S. Army and was sent to Vietnam in the Spring of 1967 as a medic with the 173rd Airborne Brigade. In June of that year, he was severely wounded in battle and began the long road to recovery. Rick was awarded the Purple Heart and the Bronze Star with “V” device and was medically retired from the Army in 1968.

After his retirement, Rick’s desire to help other disabled veterans and their families led him to the Disabled American Veterans. He spent the next 38 years dedicating himself to the DAV and assisting countless veterans along the way. He retired from the DAV as the National Headquarters Executive Director in 2010 but remained involved in other capacities until his passing. He was genuinely selfless when it came to his life’s mission, and many who knew him have spoken in recent days of the big heart he possessed.

Rick’s personal interests were many. Golf was one of his favorite past times. He golfed regularly on the course near his home but also had the opportunity to play many notable courses across the country over the years. He was an avid reader with a particular affinity for anything historical.   He enjoyed good food but also was an excellent cook himself. He took pleasure in preparing dinners for friends and family and delighted in sharing his recipes when asked. Travel was something that he enjoyed tremendously with his wife, Linda. In 2018, the two embarked on a four-month world cruise that took them to almost every corner of the globe. Their trip was well-documented through the beautiful photographs he took. Rick also enjoyed card games of all types, but he was an excellent poker player, even traveling to Las Vegas to compete in the World Series of Poker. Rick was incredibly proud of his four children and five grandchildren, taking great joy in hearing the news about their constantly evolving lives, both the exciting and the mundane.

Rick was preceded in death by his parents, Richard and Eleanora, and his dearest childhood friend, Henry Servent. He is survived by his wife, Linda, with whom he just celebrated 25 years of marriage; children, Regina James (David), Andrea Lajoie (Richard), Matthew Patterson (Ashley) and Daniel Patterson (Sarah); grandchildren, David, Peyton, and Jack James and Wesley and Kennedy Patterson; brothers, Bill and Bob; sisters, Arlene, Diane, Paula and Carla; and numerous cousins, nieces, nephews and dear friends.

A visitation for Rick is planned for Saturday, October 15, 2022, from 2PM to 4PM at Hughes Funeral Home, 26209 Pollard Road, Daphne, Alabama. All are invited to attend. We just ask that you bring with you a favorite memory of Rick.