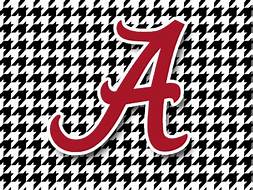 Richard Alan “Ricky” Shepherd, Jr., 39, of Milton, Florida, passed away on Friday, March 1, 2019. Ricky was born in Mobile, AL on December 8, 1979, however, he grew up in a different city every three years as part of a US Navy family. The Shepherd’s lived in Jacksonville, Key West, and Pensacola, Florida; Rota, Spain; Virginia Beach, Virginia; Plymouth, Massachusetts; and Bath, Maine, during Ricky’s childhood. Ricky and his sister, Jeni, made numerous friends everywhere they lived. He was an outstanding athlete, most notably in baseball and football from first grade to high school. He had a passion for bowling and became an avid bowler in his adult years. He was on a Bowling League Team with his dad for the past 16 years, where he received many individual and team awards. He was a huge University of Alabama and New England Patriots football fan, and he enjoyed many hours of watching the games with his family on Saturdays and Sundays. Ricky played guitar, keyboards and drums and his favorite band was Nirvana, but he liked many genres of music and could sing beautifully. His other favorite pastime was going out to eat and his favorites were seafood and mexican restaurants.

Funeral Services will be held at 11:45 a.m. Thursday, March 7, 2019 at Forest Hill Church of God, Mobile, AL.  The family will receive friends at 11:00 a.m. for visitation and viewing.  Lunch will be provided on site immediately following the service.

In Lieu of flowers the family asks that donations be made in Ricky’s memory to NAMI (National Alliance on Mental Illness) at https://donate.nami.org/give/197406/#!/donation/checkout

Expressions of condolence for the family may be offered at www.hughesfh.com.  Arrangements by Hughes Funeral Home, 7951 American Way, Daphne, AL 36526.