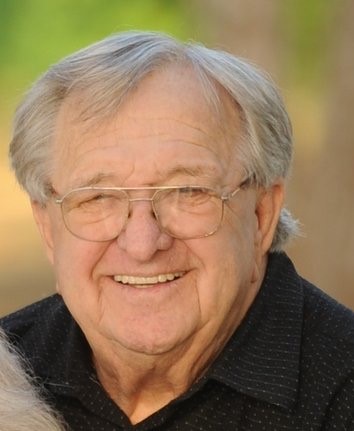 Robert Bruce Baumhower, a native of Toledo, Ohio, and resident of Fairhope, Alabama, passed away on Saturday, April 18, 2020 at the age of 87.

Robert “Bob” Baumhower attended Whitmer High School in Toledo, OH. He was a member of the US Navy for 8 years (four years active and four inactive.)  He always gave a helping hand and never met a stranger. He met Patricia Ann Oliver, a native of North Carolina, in 1953, and they were married in 1954. After Bob and Patti were married, they set out on creating a family and professional legacy that is still strong and relevant today.

With Patti’s never-ending support, Bob got into direct sales and started as a door to door salesman.  His obvious talent, work ethic, discipline and commitment to his team and customers led to Bob being asked to move to Alabama in 1972 to develop the Southeast United States by the Scott and Fetzer Company.   He soon became an award-winning executive with two of the most prestigious home cleaning companies in the world. He was a regional supervisor for Rexair, Incorporated, based in Alabama for 25 years. He became known as always being a positive force, no matter the obstacle or opportunity. He was also known for being the consummate people person. His ability to motivate and develop people to be their best was second to none.

He has enjoyed phone calls and visits through the years from people who thank him for giving them the direction, know-how and desire to create successes in their lives as well.

All the while Bob was creating this professional legacy, his biggest claim to fame was his complete commitment to his family. Always the enthusiastic leader and supporter, he and Patti have enjoyed the growth of a wonderful family that enjoy knowing his love, leadership, and support. He and Patti enjoyed 65 years of marriage.  He was a Mason and Shriner and a member of First Baptist Church in Fairhope, AL. He enjoyed his horses, boating, and fishing as his favorite hobbies.

No services have been scheduled at this time.