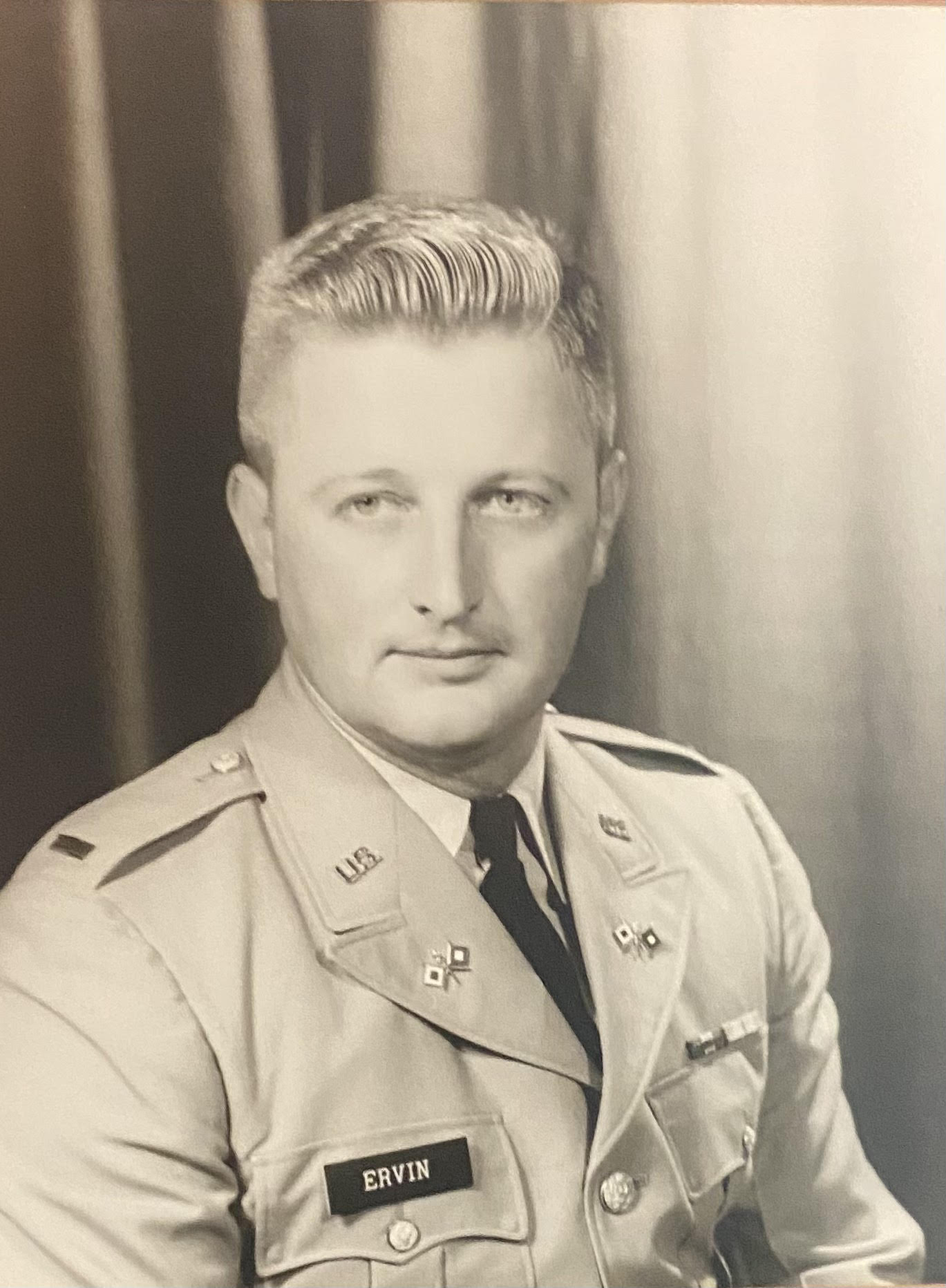 He was a member of Christ Anglican Church in Mobile, Alabama, Disabled Veterans, Vietnam Veterans of America, VVA Chapter 864, and Kairos Prison Ministry. Bob attended Mobile Public School, Mary B. Austin Grammar School, Murphy High School, Springhill College, Auburn University, The University of Maryland in Munich, Germany, and was a graduate of the University of Nebraska.

Bob served 27 years in military service, retiring as a Major in 1977. He served two tours in Vietnam and two tours in Germany. He was a Lt. Colonel in the Alabama Defense Force.  After retiring from the United States Army, he went into commercial real estate management.

Bob is preceded in death by his parents, The Honorable Judge Robert Tait Ervin, Jr. and Elizabeth Starkey Ervin.

In lieu of flowers, the family requests that donations be made to any of the following: