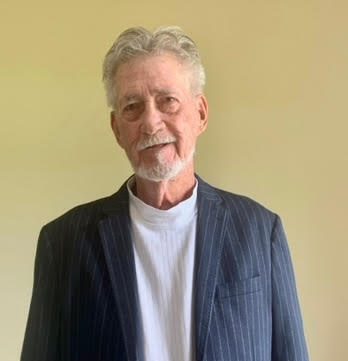 On Wednesday, August 24, 2022, Ronald Maurice Rohan, age 80, resident of Daphne, AL, loving husband, and father of 5 sons, joined his beloved family and friends in Heaven.  He was born in Montgomery, AL to William and Alva Ruth Rohan.  In 1978, he married the love of his life, Gwen Vignes and together they raised their 5 sons, Blaine, William Jeffrey, Shan, Toby and Spencer in Louisiana and Alabama.

He served in the Army National Guard and retired from the Alabama Dept. of Transportation as a civil engineer.  He was always the jokester and the life of the party and was always the last one to leave!  He enjoyed travelling all over the world with Gwen, playing with his grandkids, golfing with his Timber Creek buddies, kayaking and hanging out with his 3 Circle small group friends, and watching his Alabama Crimson Tide with his sons!  He knew and loved the Lord and faced death fearlessly because he knew he would join Jesus in Heaven in the room prepared for him!

He will be greatly missed by his surviving family and many, many friends; wife, Gwen, sons, Blaine, William Jeffrey, Shan, Toby, Spencer; daughters-in-law, Jennifer, Rachael, Casie, Mendy and Bethany; his 7 grandchildren, Brittany Jesson, Noah (Regan) Rohan, Isabella Rohan, Bryce Woodward, Hunter Rohan, Jacob Rohan and Sophie-Kate Rohan; his  great-granddaughter, Penny Jesson; his much loved brother, Gilbert Rohan; all of his in-laws and his many, many nieces, nephews and friends.

The celebration of his life will be on Saturday, September 17, 2022, at 11AM at 3 Circle Church, 10274 State Hwy. 104, Fairhope, AL. Visitation will be from 10AM– 11AM.  His family is asking everyone who attends to wear a red Alabama shirt or at least a red shirt.  No suits or hats allowed!  In lieu of flowers or plants, we are asking for Alabama balloons or a donation to NAMI (National Alliance for the Mentally Ill) at  https://donate.nami.org/give/197406/#!/donation/checkout

There will be a balloon release immediately after the service, followed by lunch for the family at the church.

Expressions of condolences for the family may be made at www.hughesfh.com.  Hughes Funeral Home, 26209 Pollard Road, Daphne, AL, is assisting the family.