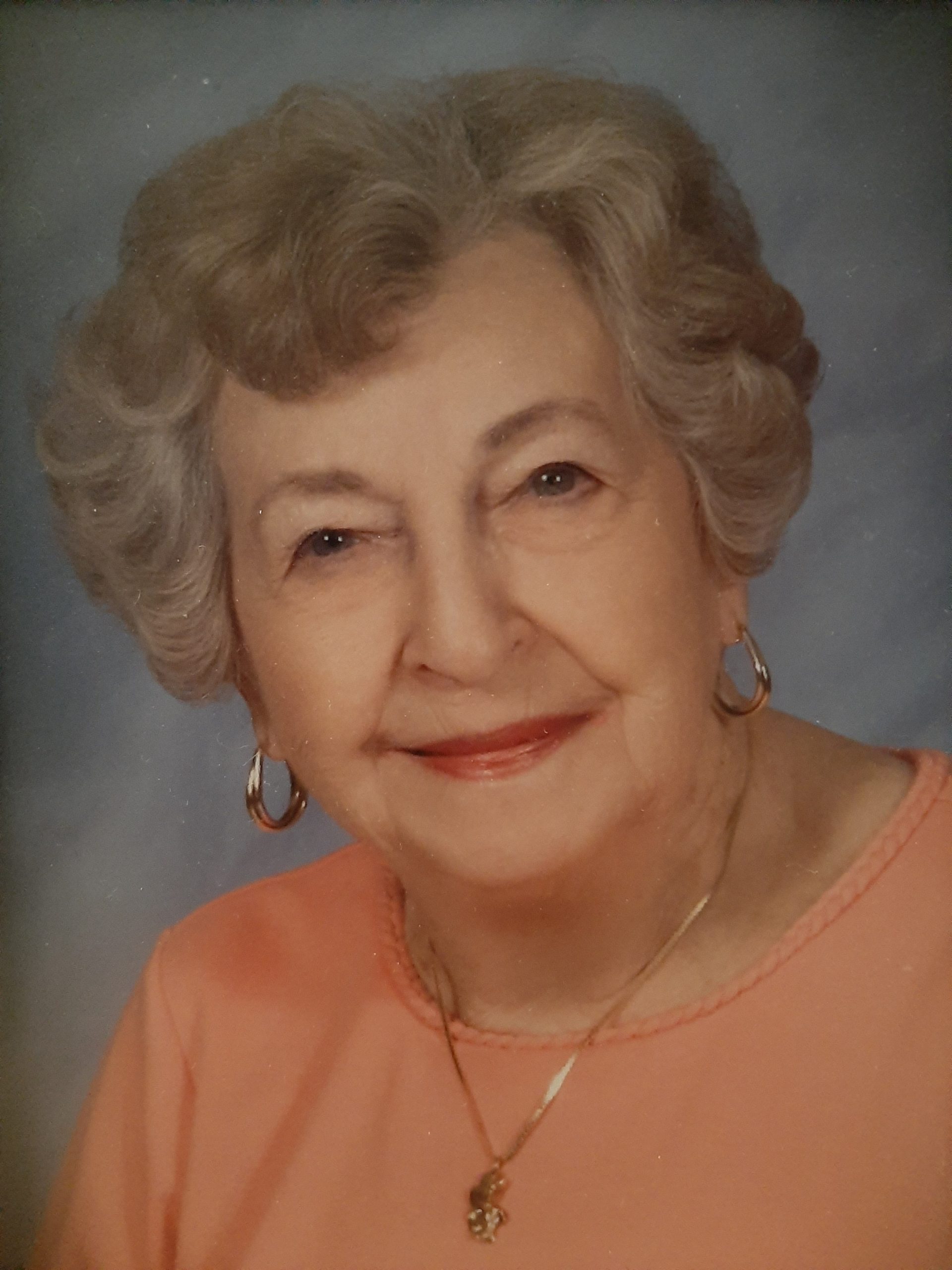 at Robertsdale Rehabilitation and HealthCare Center in Robertsdale, Alabama.  She was born September 11, 1920 in Colfax, Iowa to George H. Lawhorn and Rose Highley Lawhorn.

After graduating from the University of Iowa with a degree in English, she married George Clark.  After his death in a plane crash, she moved back to Iowa City and supported herself and young son, George D. Clark, by working in a bookstore.  She married Rodney Morris, and they lived in West Liberty, IA, Lisbon, Iowa, and Blandinsville, IL.  They have one daughter, Margene Zavorka.

Rosemary was a full-time homemaker, a room mother at school, a Camp Fire Girls leader, and a Sunday school teacher.  She and Rod enjoyed playing bridge and golf.  After Rodney died at age 61, she and her widowed mother moved to Magnolia Springs and then Foley, Alabama.  Seven years later she married Bernard Hubbard.  They were able to play golf and go on several trips together. Widowed again, she moved into Live Oak Village in Foley.

Rosemary was a Methodist, participating in a prayer shawl ministry, and was an active 70-year member of P.E.O., helping women achieve their educational goals.

There will be no funeral service.  She will be buried in Oak Ridge Cemetery in West Liberty, Iowa at a later date.