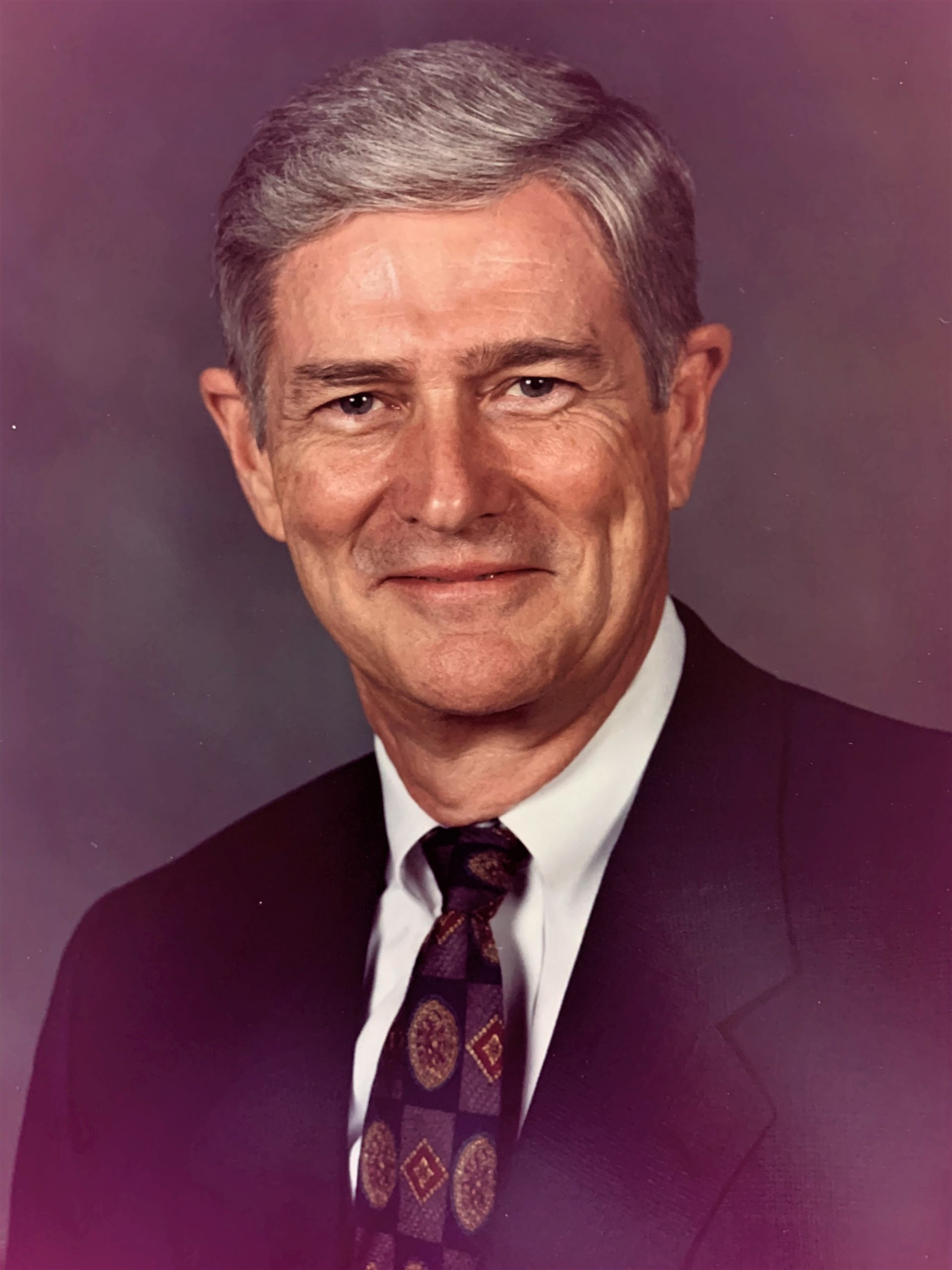 Dr. Thomas Doyle, or “Doc” as he was affectionately known by generations of students, passed away on September 9, 2021. He was 81 years old.

A native of Mobile, he is the son of Andrew and Anita Doyle and grandson of Bessie Wadsworth. He is survived by his sister and brother-in-law, Anita (“Anne”) and Clyde (“CV”) Allenbach; his niece, Sheila Kimbrell (Richard); his nephews, Michael Vaughn (Aralyn) and Andrew Allenbach; two grandnieces, a great-grandniece and a great-grand nephew.

He was a member of the first graduating class of Our Lady of Lourdes Catholic Elementary School in Mobile, then graduated from McGill Institute, and later received an undergraduate degree in Physics from Spring Hill College. He started his career teaching Physics at McGill, and after five years, enrolled at the University of Notre Dame, where he earned a Ph.D. in Physics in 1973. Almost immediately, he was hired as principal of Catholic High School in Montgomery, AL, a position he held from 1973-1989, and then served as the school’s first president, from 1989 until 2001.

During his 28 years of leadership at Catholic High, he taught Physics and Calculus every year to seniors in the school, and sometimes, a third class in theology, math or psychology.  Even so, he was a creative leader, introducing ideas such as the “Legislative Convention,” “A, B and C level grading,” a “trimester” system and “January Interim” to the school. He simultaneously served as Vicar of Catholic Education for the Archdiocese of Mobile, charged with oversight of the Offices of Catholic Schools, Religious Education, Adult Education and Youth Ministry. His work on developing effective school board processes for the Archdiocese became nationally recognized, such that he was invited to give board training workshops for dioceses and Catholic schools around the country. For over 20 years, he also served as the choir director of St. Bede Church in Montgomery.

In the late 1990’s, he began teaching summer classes at Notre Dame as an adjunct faculty member of the “Alliance for Catholic Education” (ACE) program. The ACE program recruits promising college graduates to make a two year commitment to teach in under-resourced Catholic schools around the country, and in turn, those students earn a master’s degree without paying tuition.  His success as an adjunct professor in the formation of teachers led Notre Dame to ask him to become the Academic Director of the whole program, and in 2001 he moved to Notre Dame for that purpose. He held that post and related leadership positions at the University until 2015, when he moved to south Alabama to finally “retire.”  But even then, in his late 70’s, he taught Math on a part-time basis at the new Catholic high school in Fairhope, St. Michael, and continued to do consulting work for other dioceses.

Over the course of his 50+ years as a Catholic educator, he held many titles: Principal, President, Vicar of Catholic Education, Academic Director. But the title that meant the most to him was simply “Teacher.”

His high school classes were electric— pushing, prodding and cajoling students to go far beyond what they believed they were capable of achieving. He challenged the smart kids, many for the first time in their lives, even while providing patient support for those needing more assistance. On any given school night, it was common to see 6-8 cars parked outside his home—mostly students from his Calculus and Physics classes, getting tutoring—but not infrequently, alumni, seeking help in their college classes, or simply in need of his advice and encouragement. His students gloried in his teasing and attention.

At Notre Dame, he dedicated himself fully to his students – seen at one moment eating lunch with students talking about Russian literature, another moment challenging science teachers to help students grapple with foundational questions, another moment giving feedback to students late at night as they constructed their first unit plans, and still another moment singing with the folk choir in the Basilica. He worshipped and prayed with the students, and through his example, helped them understand the craft and the nobility of the teaching profession.

In a word, he was extraordinary.  He was a devout Catholic, animated by a strong sense of social justice and concern for the poor. He was a voracious reader, and as a result could converse about science, math, music, literature, history, politics or theology. He was truly a “renaissance man” in this regard.

But the affection and admiration for him held by so many goes deeper than his creative leadership, his keen intellect, or the breadth of his knowledge. Rather, it was that the generations of students, families and teachers he served sensed in him, deep down, his love for them. That love, ultimately, left an indelible mark on all of us.

***** Funeral arrangements are pending and will be announced as soon as they are available.*****