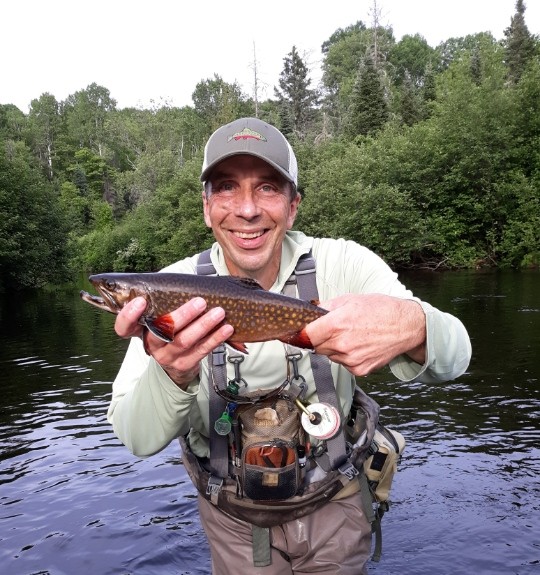 Victor Eugene Knight, 62, passed away peacefully on May 6, 2022, after a hard-fought, five-year battle with tonsil cancer. He was born in Kansas City, Mo., on Oct. 18, 1959, to Jerry and Linda Knight. The family moved to Stoughton, Wisc., in 1971, where he lived an idyllic childhood, graduating from Stoughton High School in 1978.

He enrolled at the University of Mississippi in Oxford where he graduated with a degree in journalism in 1982. Following graduation, Vic returned to Wisconsin where he was editor of Sports Collectors Digest for Krause Publications. In 1988, a fraternity brother enticed Vic back to the South where he accepted a job as media relations director for the Senior Bowl in Mobile, a position he held for 20 years. Following his time at the Senior Bowl, Vic served as general manager of Ladd-Peebles Stadium through the Mishkin Group, a post he held until his death.

In 1989, he had the great fortune to meet Katie Baughman and they were married in 1991 and recently celebrated their 31st wedding anniversary. Vic and Katie welcomed three wonderful children — Ellie Knight (Mobile), Sam Knight (Mobile) and Jack Knight (Spanish Fort), each of whom he was extremely proud.

An avid fly fisherman, on any free weekend in the spring or fall Vic could be found on a trout stream in North Georgia or North Carolina. On a summer vacation week, he would be found on a favorite Wisconsin stream or a river in Michigan’s Upper Peninsula where the family built a log cabin. Many of his family vacations were spent there when he was growing up and that tradition continued with his own children.

Vic loved his sports teams — his beloved Ole Miss Rebels; the Green Bay Packers and the lovable Chicago Cubs. He never thought he would see the day the Cubs would actually win a World Series, but that indeed happened in 2016.

He coached spring and fall baseball in Cal Ripken and Dixie Youth Baseball leagues, coaching Sam and Jack until they reached high school, and he also coached countless other young men through the years.

The family requests, in lieu of flowers, that donations be made in memory of Vic to one of the following charities or one of your choice — Alabama Dixie Youth Baseball Scholarship, Make-A-Wish Foundation or a Trout Unlimited chapter of your choice.

Vic dearly loved his family and cherished spending time with them, whether on a trout stream, watching a football game or at the ballpark. He was a wonderful son, brother, husband, father and brother-in-law. He had many friends with whom he loved talking sports. He will be greatly missed by all who knew him.

The family wishes to thank the doctors and staff of Southern Cancer Center at Springhill Medical Center, Southern Cancer Center-Daphne and MD Anderson in Houston, Texas, for all of their commitment and dedication in caring for Vic. In addition, a heartfelt thank you to the staff at Hughes Funeral Home and Crematory for handling final arrangements in such a caring manner.

Please share your memories of Vic (aka “Chico”) on his Tribute wall at https://hughesfuneralhome.org/tributes/.

On Saturday, June 25, every Ole Miss fan should offer up a rousing “Hotty Toddy,” every fly fisherman should make a special cast, every Green Bay Packers fan should give a tip of their Cheesehead hat and every Cubs fan should proudly “Fly the W.” Do it all in celebration of the life of Vic Knight, who loved Ole Miss, fly fishing, the Packers and the Cubs.

All of Vic’s family — those he loved even more than fly fishing and the rest — invite his friends, co-workers and others to a Celebration of Life party (which is how he wanted it described and the atmosphere he requested at the service) June 25, from 5-8 p.m. at the USS Alabama Battleship pavilion. You are asked only to bring your best Vic stories and memories, of which there are many