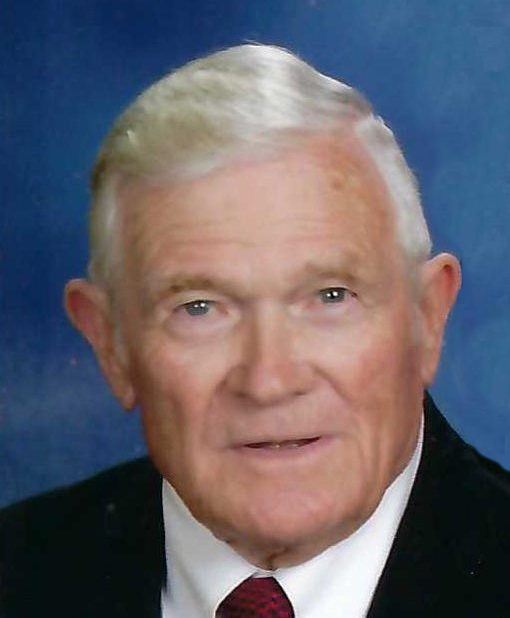 He was born on May 23, 1931, to Lillie Mae Harris Grant and Carl Fletcher Grant. He had three brothers who predeceased him: Douglas, Harris and Aubrey.

Dad graduated from J.U. Blacksher High School in Uriah, Alabama, in 1949 and graduated from Auburn University in 1953 with a degree in Ag Science. After serving his country in the Korean Conflict, he returned to Auburn to earn his Master’s Degree and met the love of his life, Gaynell Downey, who became his wife in December, 1955. They were married for 64 years until her death in December of 2019.

Wesley had a 40-year career with Baldwin County Schools. He began as the Ag Science teacher at Fairhope High, where he positively influenced the lives of hundreds of young men. In 1970, he took on the role of Vocational Director and was in charge of getting two vocational centers built and staffed. Over 50 years later, those two schools are still going strong. Later, he became Associate Superintendent of Baldwin County schools. He was tasked with finding and purchasing land on which to build new high schools. He did this and supervised the buildings of Foley High, Daphne High, Baldwin County High, Robertsdale High and Fairhope High, as well as Gulf Shores Elementary. After retiring in 1994, he had more time to garden and volunteer at his church, First Baptist Church of Fairhope, where he’d been a member since 1955. He sang in the choir for 60 years, taught Sunday School, served as a deacon, and worked on many committees. When the church burned in 2001, he was on the committee to build it back, bigger and better than before.

Wesley was gifted in many areas, but was exceptional at leadership and building relationships. He was very good with people and was loved and admired by many. He had a servant’s heart and looked for ways to use his gifts and talents. His motto, which has been stitched onto quilts by his wife, is “Pray for a good harvest, but keep on hoeing.”

Thanks go to Joy and all the fine people at W. F. Green Veteran’s Home in Bay Minette, who took loving care of our Dad.

A celebration of Life will be held at Fairhope First Baptist Church, 300 S, Section St. in Fairhope on Wednesday, November 2, at 2:30pm. The family will receive friends beginning at 1:00pm until service time. Officiating will be Dr. Eric Hankins and Dr. Jerry Henry. In lieu of flowers, donations could be made to the building fund at First Baptist Church.

Expressions of condolence may be offered at www.hughesfh.com. Arrangements are by Hughes Funeral Home of Daphne, AL.