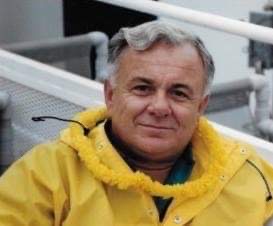 On September 7, 2022, William E. Dove, IV, a beloved partner, father and grandfather, passed away. He was 85 years young.

“Bill” was born and raised in Birmingham, Michigan and graduated from Seaholm High School as class president, valedictorian, and member of the track and football teams. He earned his BBA (1955-1959) and MBA (1959-1960) from the University of Michigan, where he was a sprinter on the university’s track team. He was a lifelong Wolverine fan and would never, ever, wear the color green.

After serving in the Army, he embarked on a distinguished career in commercial banking in Detroit, Michigan. He married Marcia Dove and together they raised four children. Bill enjoyed golf, tennis and trips up to northern Michigan. He imparted his love of skiing to the entire family and spent much of his free time on the slopes from Boyne, Michigan to Aspen, Colorado.

In 1985, Bill moved to Minneapolis, Minnesota to help turn around a struggling savings and loan, Twin City Federal, formerly known as TCF Bank (now known as Huntington Bank). His years as vice president of TCF Bank marked a high point in his career as he and his longtime colleagues grew the small savings and loan institution into a large regional bank serving seven states. He worked here until 2002, and then worked at Solutions of Florida, LLC.

After retiring to Florida, he enjoyed a fun-filled life. He enjoyed cruising his boat on the Florida coast, swimming and fishing in the Gulf and could often be seen flying around the neighborhood on his recumbent bike. It was there that he met his longtime partner and fiancé, Linda McKinley. Together they moved to Lake Martin, Alabama, and he enjoyed an active social life and their frequent travels. He discovered and shared a passion for building and renovating with Linda. After completing two homes, he and Linda moved to Fairhope, Alabama to build their dream retirement cottage.

Bill will be remembered by his many friends for his kindness, generosity, quick wit, jovial personality and his unending well-spring of knowledge and advice.

He is preceded in death by his daughter, Heather Dove, who passed away in 2021.

In lieu of flowers, the family asks that you make a heartfelt tribute in Bill’s memory to the American Heart Association at the link provided: https://ahatribute.funraise.org/fundraiser/william-e-dove-iv

Expressions of condolence for the family may be made at www.hughesfh.com Hughes Funeral Home, 26209 Pollard Road, Daphne, AL, is assisting the family.