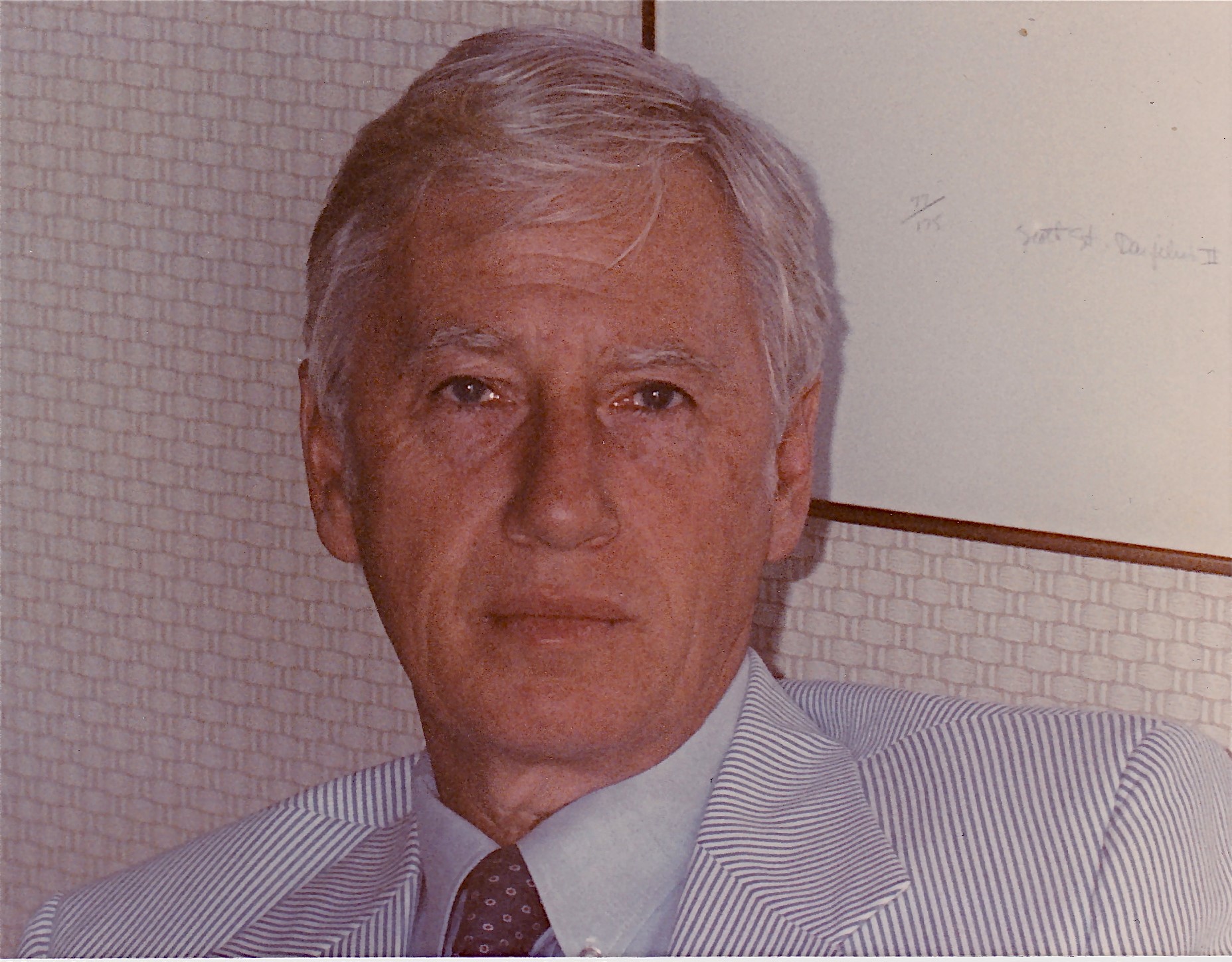 William Thaddeus Haynie, Jr. passed away peacefully after a long life fulfilled with educational and career success, adventure, family, and friends.  A masterful outdoorsman, artist, and intellectual, he found gratification in his continual quest for skills and knowledge.

Born and raised in Bellamy, a sawmill community in Sumter County, Alabama, William “Bill” Haynie began his education at the “little red school house.”  His fond memories include the school newspaper, recess, programs, the one classroom, and the one teacher, Miss Lottie Hood.  After several years of middle school and high school in Livingston, he attended Marion Military Institute and graduated in 1950 as Corporal of Company B.

He entered the Air Force in 1953 and spent fours years in training and service that took him to the states of Texas, Illinois, Georgia, and Colorado.  He spent one year and eight months of his service time in Japan.  After a brief stay in Okinawa, he transferred to the Far East Air Force (FEAF) base in Tokyo.  He competed as a member of the FEAF judo team, an experience he later put to use as an assistant instructor at the YMCA in Tuscaloosa.  Honors at discharge in 1957 were the National Defense Service Medal, the Korean Service Medal, and the United Nations Service Medal.

At the University of Alabama, he earned a Bachelor of Science in Commerce and Business Administration in 1958 and a Bachelor of Laws in 1960.  Bill was a member of the Sigma Chi Fraternity and the Phi Alpha Delta Law Fraternity.  In 1968, he completed the degree of Trust Major from the Southwestern Graduate School of Banking at Southern Methodist University in Dallas, Texas.  His thesis “Fiduciary Management of Timberlands in Alabama” combined his interest in financial administration and estate planning with his upbringing under the forestry practices, wildlife conservation, and industrial leadership of the Allison Lumber Company, a family business that was the heart of Bellamy.  His education led to a career in banking as a vice president and trust officer for Birmingham Trust National Bank, Hancock Bank in Mississippi, and SouthTrust Bank in Mobile, where he worked until his retirement.

Other experiences in Bellamy that had a lasting impact on Bill were going to the opera house, visiting the hotel, swimming in the pool, climbing up Soctum Fire Tower, participating in hunting traditions, and going fishing.  As an adult, he continued to hunt deer, turkey, and other wildlife, both in Sumter County and Clarke County.  When the old Allison home became a hunting lodge and place for Thanksgiving gatherings, he enjoyed returning to his hometown.  For many more years, he continued to attend get-togethers at a family camp house located nearby.  In Clarke County, Bill brought friends to the Gillmore farm, where hunting experiences led to lifelong relationships.

As a fisherman, he enjoyed throwing his cast net, crabbing, floundering, or casting a rod and reel.  At his favorite vacation place, the islands of Sanibel and Captiva, he could bring in his favorite catch, a fish called Snook.  Shelling and visiting the lighthouse and the J.N. “Ding” Darling National Wildlife Refuge were activities shared with his family.

Bill also played golf and tennis and became a skilled boater.  As a member of the Birmingham Canoeing Club, he paddled many rivers in Alabama.  Owning two canoes allowed him to lead trips down the Cahaba River.  While living on the Gulf Coast, he developed his sailing skills along with his daughters, who often went out in their Sunfish boat.  To make trips to the barrier islands, Bill acquired a 21-foot San Juan sailboat.

Another hobby was backyard birding, so he always kept feeders around his houses in order to admire them.  In addition to wildlife, Bill grew up around many pet dogs and never lost his love for them.  At his home on Mobile Bay, his cat “Kittums,” his dog Schroeder, and “Mama Coon” plus all of her kits provided companionship and entertainment.

Like most of the Haynie family, he was very passionate about reading and literature.  He had a collection of works by classical writers and enjoyed poetry.  His daughters can recall him reading short stories to them and reciting poems.  An exceptional storyteller, Bill used a lifetime of experiences to weave tall tales.  Storytelling was a way to share his diverse knowledge of history and places as well as other subjects.

Bill Haynie was an artist, who used a studio area and several workshops to sketch, paint, and practice craftsmanship in welding, woodworking, and jewelry making.  He made knife handles from scrimshawed deer antlers.  After retirement, he explored other crafts including printmaking and working with leather to produce utilitarian items.

An off the beaten path traveler, Bill enjoyed long drives along rural roads, stopping off to explore places, buildings, or structures of historic, prehistoric, or natural significance.  Due to his passion for genealogy, he frequently toured cemeteries on these drives and leaves his family members an extensive collection of research that documents their past.  Collecting was a huge hobby, so he loved visiting flea markets, thrift stores, antique malls, and yard sales.  Bill always found something to add to his treasured items, especially tools.

During his later years, being a grandfather to Ellie, Mackie, Cecily, and Natalie gave him great joy.  They will always remember him as their “Papa Bill.”  Other relatives, colleagues, and beloved friends will have many memories and plenty to tell about their time spent with Bill Haynie, who will be missed.

He was preceded in death by his parents, William Thaddeus Haynie, Sr. and Virginia Mae Allison Haynie and his brothers, Robert Hale Haynie and Warren Graham Haynie.  He is survived by his daughters, Mary Allison Haynie and Elizabeth Haynie Wainstein (Ken); his granddaughters, Elizabeth Eleanor, Virginia A. McLean, Cecily Allison, and Natalie Gillmore; his sister, Virginia Haynie Williams (Alvin); and his niece and nephews.

A service will be held 11:00 a.m. on Friday, June 17, 2022, at the Alabama State Veterans Memorial Cemetery, 34904 State Highway 225 in Spanish Fort, followed by a reception at the Old House Site, Battlefield Road, Blakeley State Park.  In lieu of flowers the family requests donations be made in memory of William T. Haynie to the Sumter County Historical Society (SCHS) by mailing a check to P.O. Box 213, Livingston, AL 35470 or to Mobile Baykeeper by visiting www.mobilebaykeeper.org, “Become a Member” page.