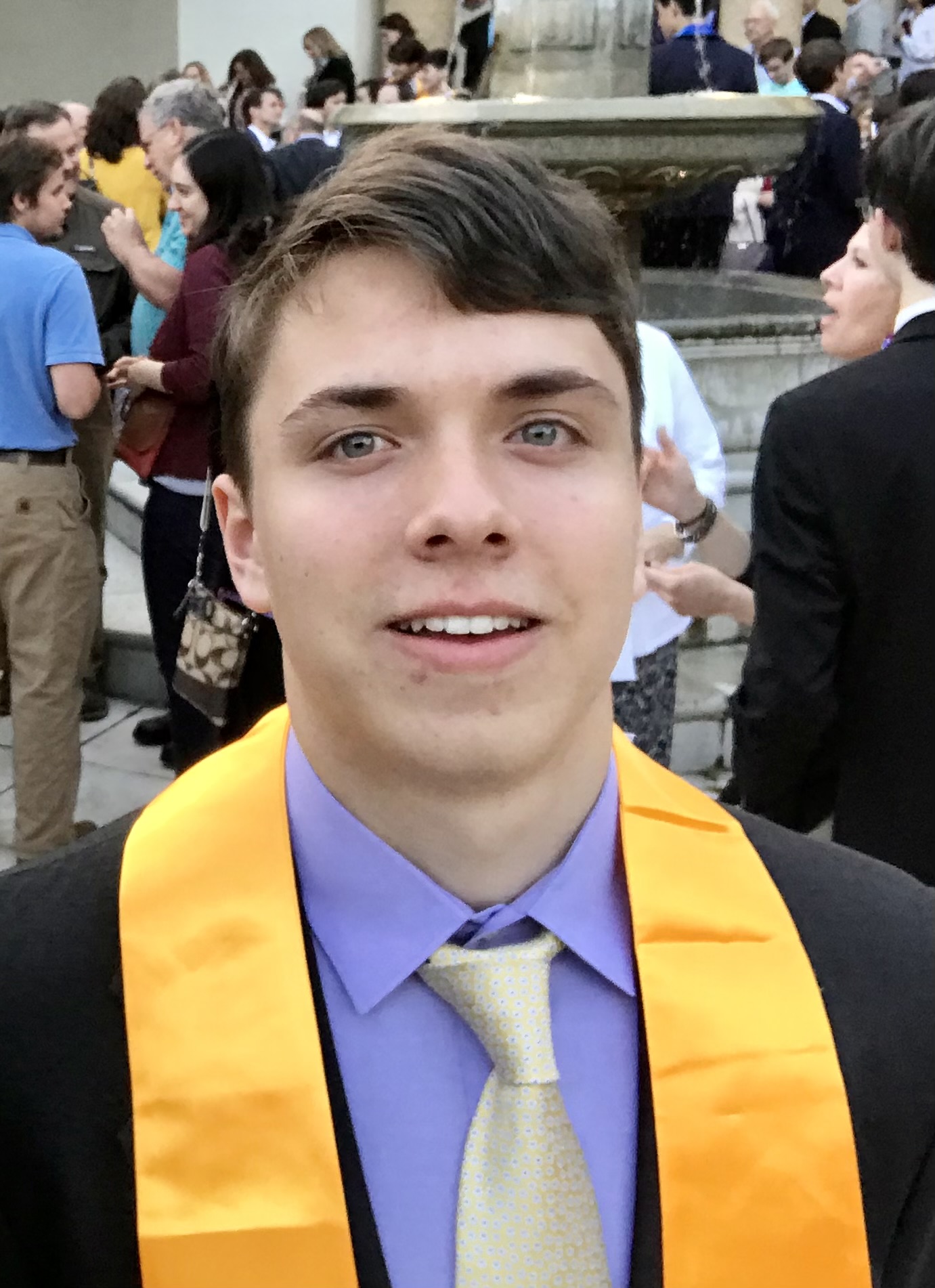 Nicholas Daniel Johnston, age 21, tragically passed away in his college dorm room on Saturday, March 12, 2022.  Nicholas was born in Covington, Louisiana on August 16, 2000, to his loving parents, Peter and Ann Johnston. He was the youngest of four brothers and one sister.

After moving to Daphne, Alabama with his family in the wake of Hurricane Katrina from Mandeville, LA, Nicholas attended Christ the King Catholic School where he discovered a love for chess and mathematics. Regarded as a quiet and kind soul, Nicholas touched the lives of students and teachers alike. He joined the chess team in 2nd grade and became the team’s top player, as well as junior chess champion of Mobile and Baldwin Counties. He was so beloved by his classmates that they voted him Student of the Year for his 8th grade graduation.

Nicholas spent his high school years at McGill-Toolen Catholic High School, where his passion for mathematics kindled a new interest in physics. He was a member of the chess and physics teams and helped the teams win state and local titles.  Not content to excel in just one field, Nicholas was also part of a handful of students who took four years of Spanish. He was the only student in the entire school to take the AP Spanish exam, and his essay was so noteworthy that it was featured on the AP College Board website as an example of a perfect Spanish essay.

Nicholas received a scholarship to attend the University of Alabama in Huntsville, where he majored in Chemical Engineering and minored in Computer Science, was the vice president of the UAH Chapter of the American Institute of Chemical Engineers and secretary of the Chemical Engineering Jeopardy Team. Always a lover of music, his appreciation deepened with his regular attendance of the Huntsville Symphony Orchestra as a season ticket holder.

Nicholas is survived by his parents, Peter and Ann Johnston of Daphne, AL; his brothers, Cory, Alex, and Adam, and his sister, Cassie; paternal grandmother, Rita Johnston of Sea Cliff, NY, best friend, Fabian LaPalme; as well as his aunts, uncles, cousins, nieces and nephew spread throughout the country.

Nicholas’ family wishes to extend their sincere thanks to the teachers who had a profound impact on his life; Mr. Rutkowski, Mrs. Bartz, Dr. Burgess, Dr. Cordero, Mrs. Hodges, Mr. Tenhundfeld, and Mr. O’Keefe, to name just a few.

Funeral arrangements are being handled by Hughes Funeral Home, 26209 Pollard Road in Daphne, AL.  There will be a visitation there from 5-8 P.M. on Saturday, March 26, 2022. The funeral will be held on Sunday, March 27 at 11:00 A.M. at the Gazebo at the Daphne Central Park Disc Golf Course.  The family has requested a private burial following the service.